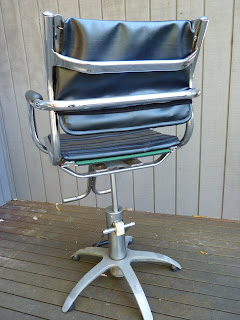 The  orphanage has been busy lately, with a few new additions. On the right is the most comfortable chair I have EVER sat in! It's an old barbers' chair in poor nick(el) [hehe!]. Haven't decided yet what I'll do with the cover... watch this space for the makeover.
And below - this chintzy armchair has such potential for a spectacular transformation I can hardly wait to get started stripping. She has the most wonderful sensuous lines, not to mention very sexy legs, currently hidden by the skirt... I think she's in for a mid-century up-style... a strong plain colour fabric with contrasting buttons I'm thinking.


To see all the other babies in waiting, go the ORPHANGE tab. 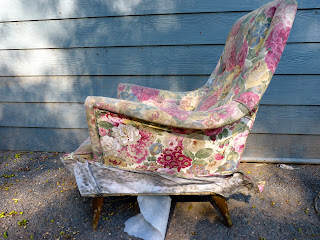 After that wet interruption (see previous posts) Rapt! is now sort-of back in production, albeit in cramped conditions (the carport) until Bottoms' End is re-built later this year.
First project off-the-rank is this antique butterbox footstool, which has just been restored and re-covered as a commission. (I don't know its provenance, or what it was designed for - but the stencils on 2 sides read "Allowrie Butter Company Nowra"). 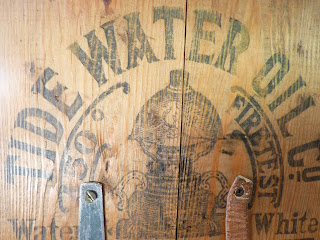 A great discovery during the process was an excellent stencil which had been, unaccountably, covered by the upholstery. I took the lid apart and re-built it so that now this stencil appears on the INside of the lid and is visible when you open the box.
The aim of this job was to keep the box looking as rustic as possible, hence the plain heavy linen-type brown cover. Rather than re-paint the inside I chose to line it with pototo sack (from local Robertson growers Donovan Bros. - who's product we use and love. You aint tasted potatoes till you've tasted them grown in the red soil of Robertson!). 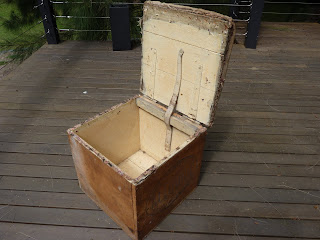 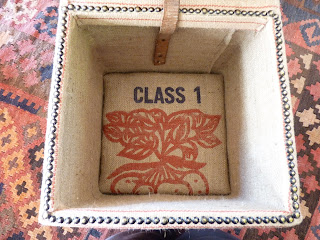 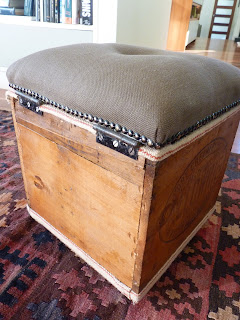 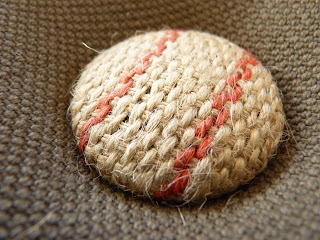